for vulnerable families in Guayaquil 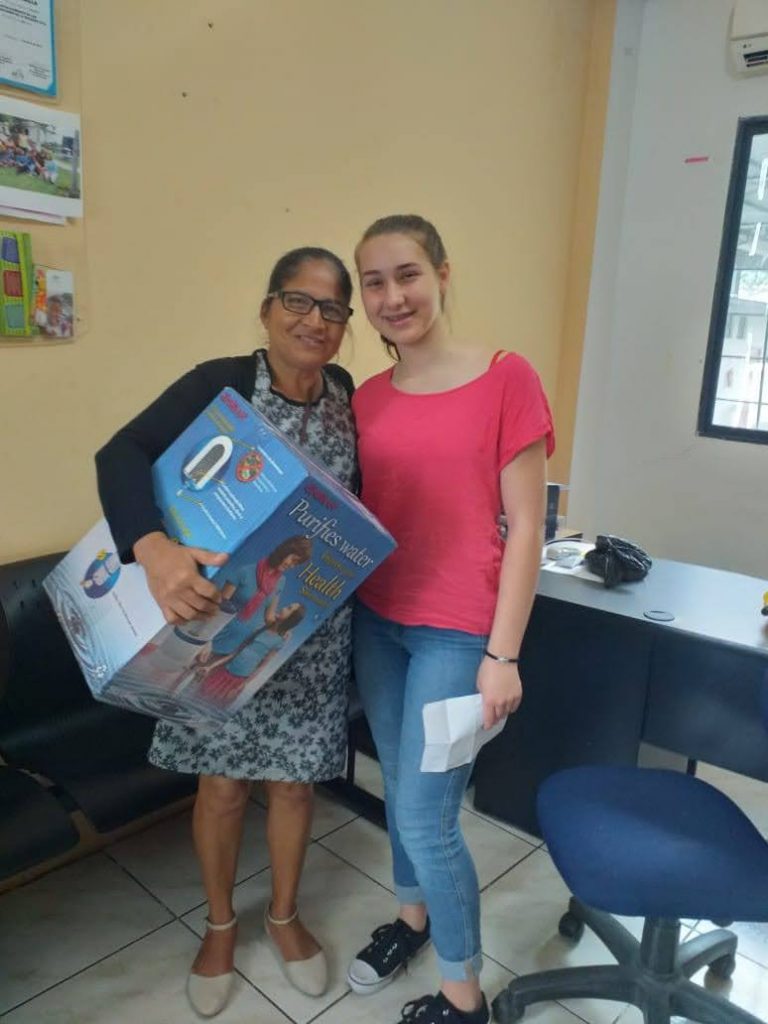 CREER is an organization supporting families in poor neighbourhoods who have children with disabilities. One of the beneficiaries was Manuela Ponce, a single mother who lives with her two daughters and her parents in Flor de Bastión. Flor de Bastión is a marginalized neighborhood in Guayaquil city where people don’t have access to safe drinking water.  Manuela’s youngest daughter has a mental disability and a weak immune system, and often the whole family got sick from water borne diseases because of contaminated tap water.This brought Manuela to the local organization CREER.

CREER and Stichting Fluid (Wageningen) joined efforts to support Manuela and other families and improve their access to safe drinking water. In the beginning of 2019 about 150 heads of households with disabled children learned about waterborne diseases at workshops given by CREER. They became aware of harmful bacteria and parasites in water and how contaminated water sources spread. They also learned how to prevent these diseases by washing hands at key moments, and three ways of home water treatment: 1) boiling water for at least 10 minutes, 2) disinfecting water with chlorine, and 3) filtering water. After the workshops 37 families decided to purchase water filters to treat their drinking water at home. CREER contacted Sustainable World Ecuador, a social enterprise well known by welfare organizations for their reliable low-cost water filters of 29 US dollars. However, because these families live with constant financial struggles, Fluid contributed a financial support of 19 US dollars for each family.

This project was financed by Caritas Wageningen which collected 962,70 Euros at their Easter Mass in 2019. Sara, one of the young parish members, also donated 55 Euros which she earned by distributing magazines door by door, after which she went on her own expenses to Ecuador in the Summer of 2019 and visited CREER’s training center in Flor de Bastión at the moment the water filters were distributed to 43 families. The photo shows how Sara met the families who received the filters and experienced firsthand the importance of the water filters for the people of Flor de Bastión.